On the 15th of August 1947, India won its independence from the British Empire. Independence was achieved through the efforts of many men and women in the Indian sub-continent. The best-known of these is a Gujarati born in Porbandar, MK Gandhi, later known as the Mahatma. 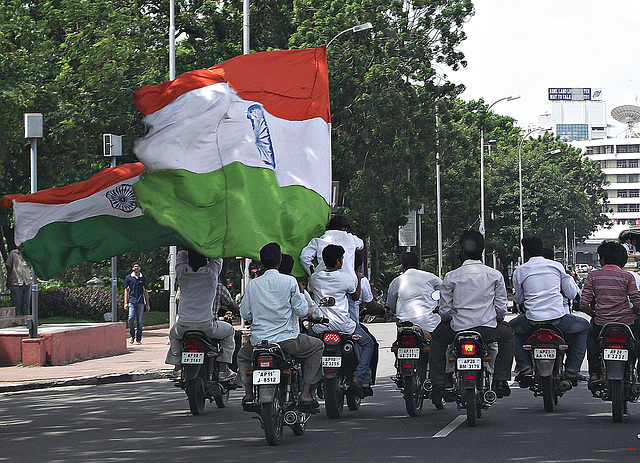 At the precise instant when India became independent, moments after the 14th of August had ended, Gujarat was still divided into many so-called Princely States, and the small enclaves of Daman and Diu were still Portuguese colonies. Through the efforts of the Gujarati Sardar Vallabhai Patel, the more than 500 Princely States of India were ‘encouraged’ to give up their autonomy to become integrated into the newly independent India. Daman and Diu only became part of India in 1961.

Independence Day is celebrated throughout India. I have been in India several times on the 15t h of August and been privileged to watch flag-raising ceremonies that celebrate the important day when after centuries of foreign rule, the people of India were at last ruling themselves. Of these celebratory occasions, one stands out in my memory.

Back in 2008, we were travelling through northern Kerala on the 15th of August when I spotted a rural school amidst the palm trees close to the sea. The outer walls of the school were covered with colourful paintings including a map of India. We stopped so that I could take photographs of the pictures.

Doorway in the house where Gandhi was born, Porbandar

When I got out of our car, a teacher invited the three of us to enter the school where Independence Day celebrations were being held. We walked into a courtyard filled with school children standing in rows. The teacher invited us to join the school’s director and other teachers on a podium. Flower garlands were draped around our necks.

The director gave a speech and then introduced me as a “special guest from England”. Totally unprepared, I was then asked to address some words to the assembled school and its staff. Although I say so myself, I believe that I was able to improvise a short speech suitable for the occasion.

I felt honoured that I had been invited to give this speech, and gratified when the pupils mobbed me to shake my hands and even to take pictures of me. 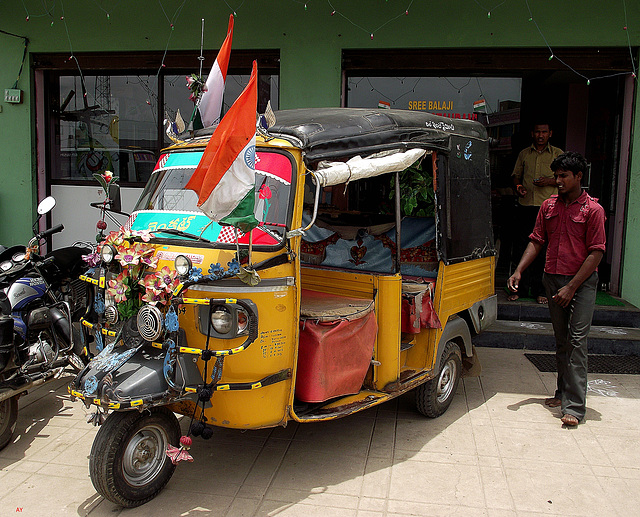 One thought on “Indian Independence Day”