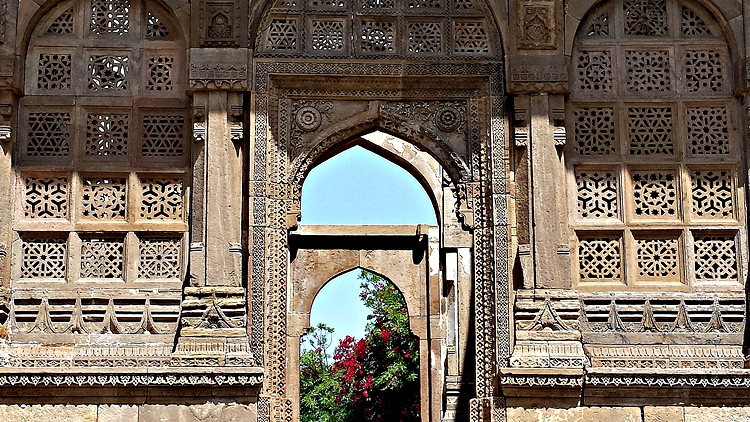 Before setting out on our recent extended travels through Gujarat, I booked accommodation via a well-known travel website. The hotel I chose for Ahmedabad was the aptly named ‘Hotel Goodnight’. Its address, ‘Opp. Sidi Saiyed’s Jali, near Electricity House…’, intrigued me. What is a ‘Jali’, I wondered, apart from being an anagram of ‘jail’. 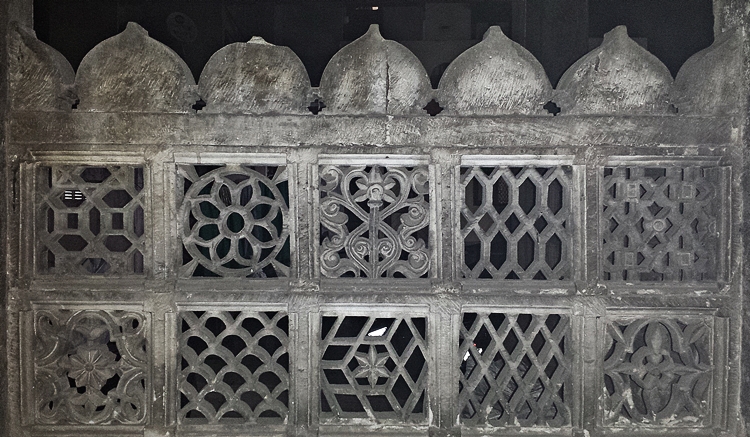 The word ‘jali’ (or ‘jaali’) means ‘net’ in Hindustani. As an architectural term, it refers to stone (usually) grille window screens. These screens are carefully intricately carved in stone. A flat stone is carefully perforated to produce an elaborate lattice of spaces surrounded by the remaining strands of stone. In India, they are found in temples (Hindu and Jain), mosques, and secular buildings. They are usually very attractive. These carved stone window coverings, that simultaneously provide shade and the passage of light, can be seen outside India. For example, there is at least one church in Palermo (Sicily), which contains jali work. In this case, it was created by Moorish craftsmen who remained in Sicily after it was conquered by the Normans.

Jali work can be found not only in buildings constructed many centuries ago, but also in more recently built structures, such as the Arts Faculty Building in Baroda and the Vijay Vilas Palace in Kutch Mandvi. 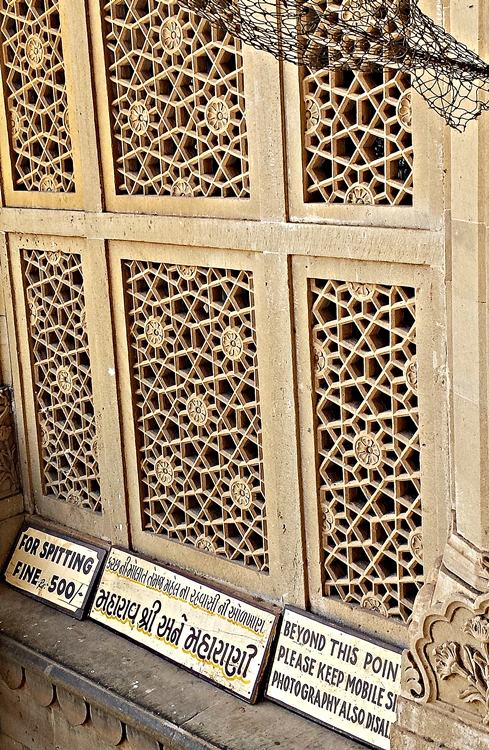 The best places in Gujarat for seeing jali, which we visited, were Ahmedabad and Baroda. If you don’t wish to travel so far afield, The Victoria and Albert Museum in London has some very fine examples in its South Asian galleries. 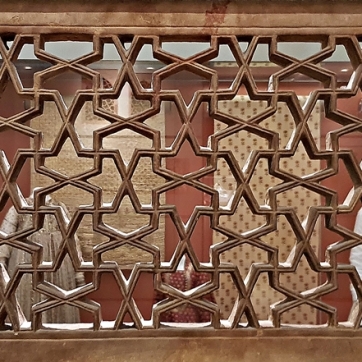 Returning to Sidi Saiyed’s Jali in Ahmedabad, here is an excerpt from my new book (for Kindle, click HERE ; for paperback,click HERE ):

“Opposite our hotel and across the busy Relief Road, which one should not cross without first saying a prayer, is one of the city’s many architectural treasures. It is the Sidi Saiyed Mosque (aka: ‘Sidi Saiyed’s Jali’), which was built in 1573 during the last year of the Gujarat Sultanate. It was constructed by Sidi Saiyed, an Abyssinian general in the army of Sultan Shams-ud-Din Muzaffar Shah III. A learned man with a great library, he had served with Rumi Khan, a son of Khwajar Safar, who died at Diu. The Sidi’s grave lies in a wire mesh enclosure near the north east corner of the mosque. His much-revered gravestone is usually covered with beautiful coloured silk cloths. 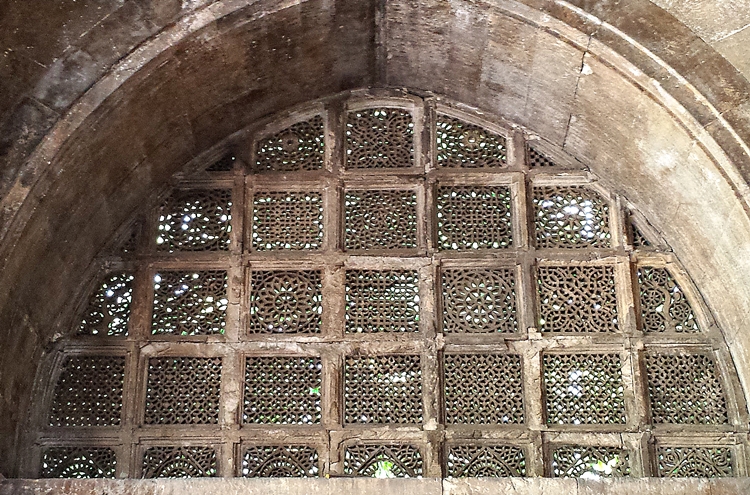 This mosque is a long rectangular open-fronted pavilion. It is entered through any of five wide arches with pointed tops. The mosque’s domed ceiling is supported by four rows of pillars each supporting arches, which together form an arcade. The stonework is decorated in places with floral motifs that are not especially Islamic. The lower part of the rear wall facing the entry arches is plain stonework apart from a centrally placed mihrab.  The upper third of this wall has five almost hemi-circular stone arches. The central one is solid stonework. It is flanked on either side by pairs of exquisite, intricately perforated stone lattice screens, exceptional examples of jali work. They allow light to filter into the mosque from the west.  The screen at the south end of the mosque is carved to represent a Tree of Life with swirling, tangled branches…”

3 thoughts on “Seeing through stone”