in the sorting office:

make sure it don’t go viral

While we were visiting the city of BARODA (Vadodara):

“…we visited the main railway station because it has a post office. Visiting the station is like visiting an art gallery. The façade and staircases of the large relatively modern station (1954) are decorated with colourful modern paintings and bas-reliefs, including a trompe l’oeil fresco depicting a steam engine with a large ‘cowcatcher’ emerging from a tunnel. There are also several interesting sculptures on the raised pavement in front of the station entrances. One of them, which I liked most, shows a model train on railway tracks. The tracks with the carriages on them have been bent into a spiral with the old-fashioned engine in the centre of the spiral. 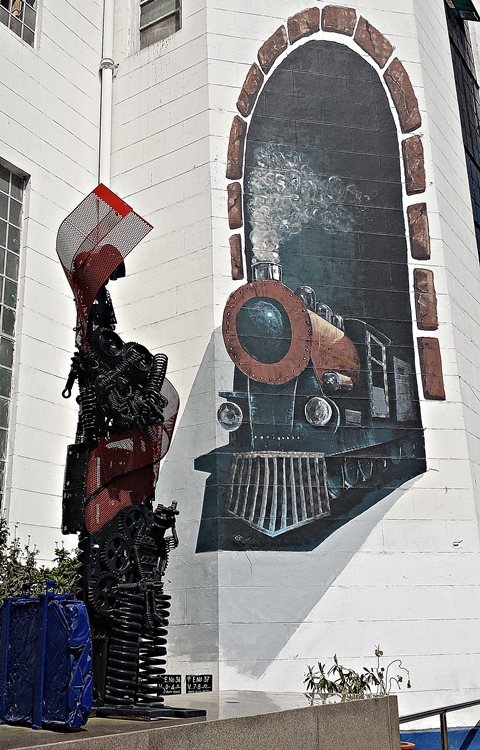 We drank tea in a café located along one of the station’s long platforms. Platforms in many Indian stations are lengthy to accommodate the great number of carriages in long-distance express trains. Shorter local trains appear dwarfed by these platforms. We entered the post office through a door on the platform, which was partially blocked by bags of mail and parcels. This door was, we realised later, for the use of postal personnel. We found ourselves in a sorting office. Ladies dressed in colourful salwar kameez with dupattas draped over their shoulders were manually sorting mail, placing it into small square wooden pigeon-holes labelled with the names of towns all over India.

We were directed to the customers’ desk. We wanted to send a birthday card to our daughter in London and were concerned that it would arrive in time. When we asked the assistant serving us how long the card would take to reach London, she said it would be a week or two, and then added ominously: “…if it reaches at all.” 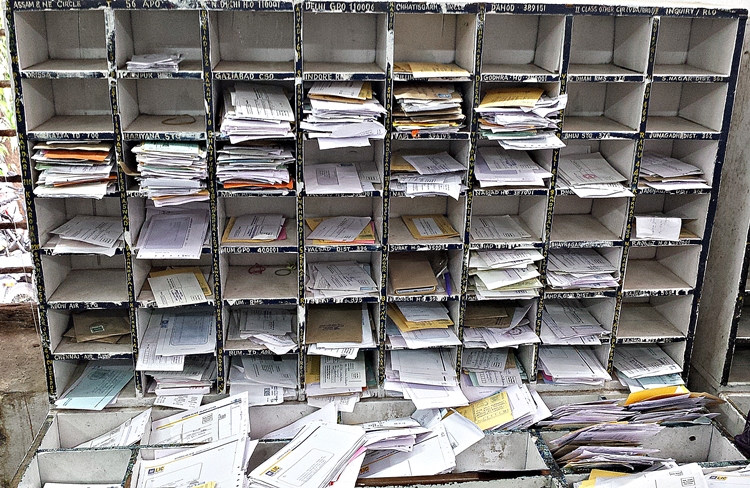 When we asked her whether I could take a picture of the postal sorters working, she referred us to her supervisor, who said: “Go ahead and take the picture, but make sure that it does not go viral”

IF YOU ENJOYED THIS AND/OR WANT TO KNOW MORE ABOUT GUJARAT,

I INVITE YOU TO READ MY NEW BOOK:

CLICK HERE FOR A PAPERBACK (also available from Amazon: here)